Sorry, this entry is only available in Dutch. 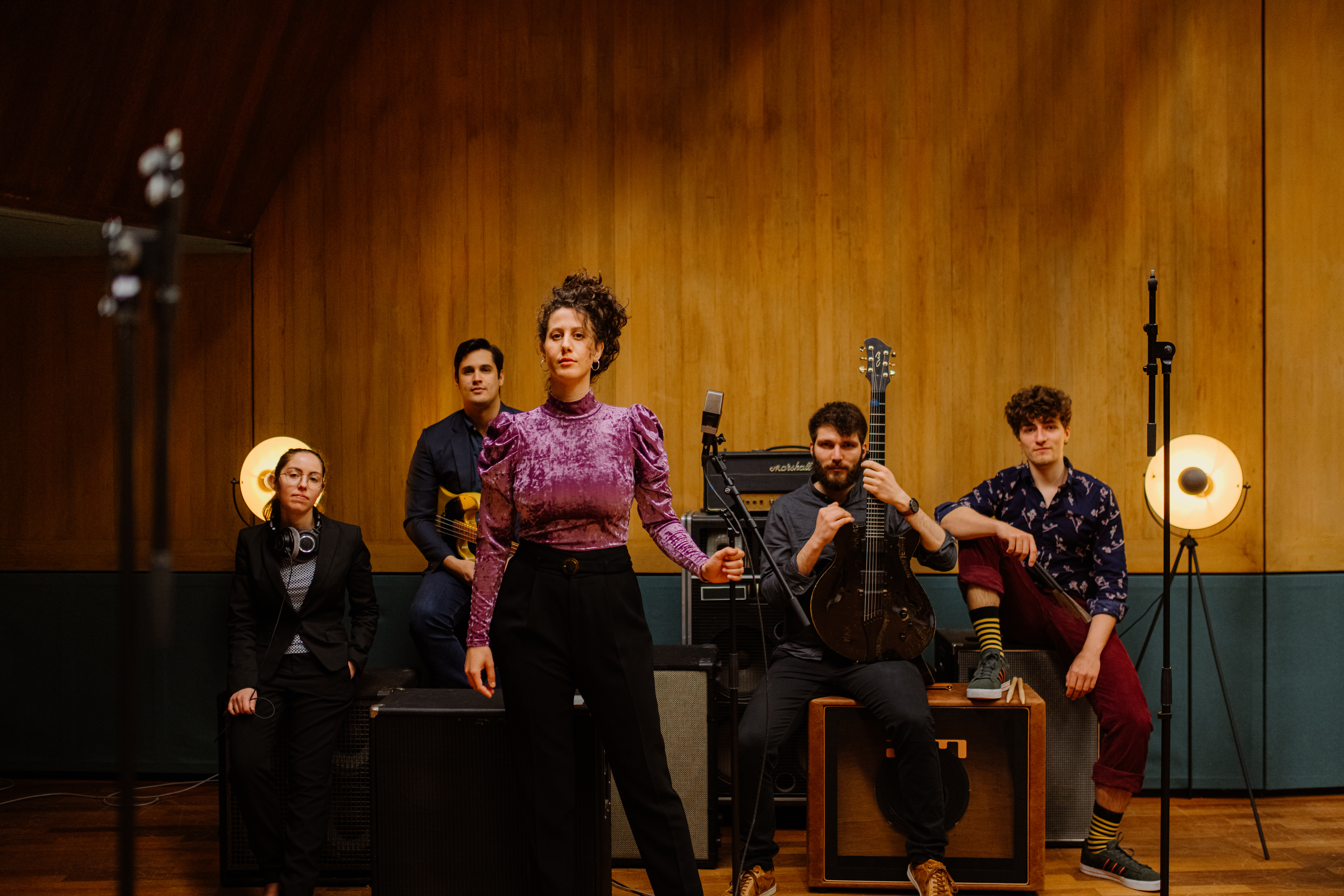 Hila Hutmacher band is a quintet lead by Hila, an Israeli singer and composer, MA graduate student from the CvA. Hila participated as a finalist in Leiden Jazz Award and received the DownBeat for “Vocal Jazz Soloist of 2021”. Together with her multicultural band, she recorded her debut album “Strangers in My Dreams”. Her debut album ‘Strangers In My Dreams’ is an original indie lyrical jazz album. The songs reflect ideas such as dreams vs reality, anxiety and liberation, and the influence of our subconsciousness in our daily choices. The album consists original compositions and arrangements Hila wrote in the past few years in Amsterdam and Jerusalem. The band consists of five musicians from Conservatory van Amsterdam. Julian Wittich (b), Massimo Imperatore (g), Elena Pisano (p) and Joao Guerra (d) and Hila Hutmacher (v).

The colorful cultural backgrounds of the five band members (Taiwan, Italy, Portugal and Israel) crystalize into one unique texture of multicultural album. Hila Herslef was brought up in a multicultural house of Argentinian-Romanian parents in Israel and as a child, was influenced by South American, classical music, Israeli folk music, Jazz and Middle Eastern music. ‘strangers in my dreams’ is the first song of the album and it tells a story of a vivid dreamer. It questions the place of dreams in our lives. The songs in the album invite us to think of the magical circle of the subconsciousness and the everyday life’s choices we make.