The Ceuvel is cooperatively built and managed by a non-profit association of tenants. We therefore work with an elected and voluntary board. The board of Association de Ceuvel manages the site, the contacts with the various tenants and the external contacts with the municipality, partners and others.

The Ceuvel consists of the following parts:

The Ceuvel is created with a subsidy from Bureau Broedplaatsen of the Municipality of Amsterdam and a loan from Triodos Bank. This financing was used to construct the carcass, the jetty and the infrastructure. The 14 CAWA studios are leased to a total of approximately 60 tenants. Many of these users have largely completed their own spaces. They are mostly working as freelancers in the creative industry or the sustainability sector. There are architects, filmmakers, designers and musicians, but also green and sustainable foundations or companies. Small-scale public activities take place in the studio & studio boat Workship. www.workship.nu www.deceuvel.nl/deboten www.amsterdam.nl/broedplaatsen 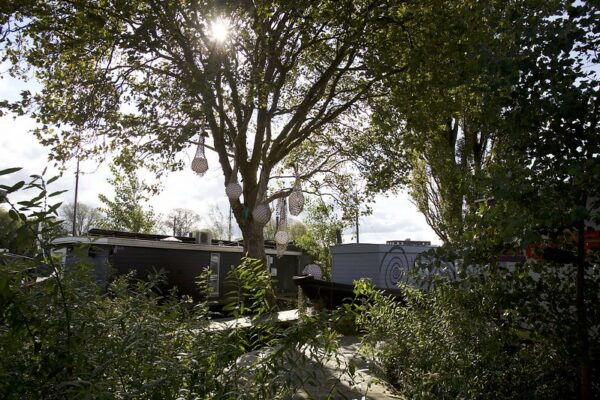 Metabolic was active as a sustainability partner when the Ceuvel was founded. It built a large part of the sustainability solutions itself, together with the community. With funding from the DOEN Foundation, the Metabolic Lab was built, which served as an experimental showcase, and as the Metabolic office. In the meantime, the company has grown into an internationally operating consultancy firm with offices in several countries. The head office is now located around the corner from the Ceuvel, but Metabolic is still active on the Ceuvel. For example, they carry out various studies in the field and the sustainability solutions on De Ceuvel still function as their showcase. The Metabolic Lab space is now used by the Ceuvel community for lectures, documentary screenings, and meetings and can also be rented by external parties. www.metabolic.nl www.metaboliclab.nl 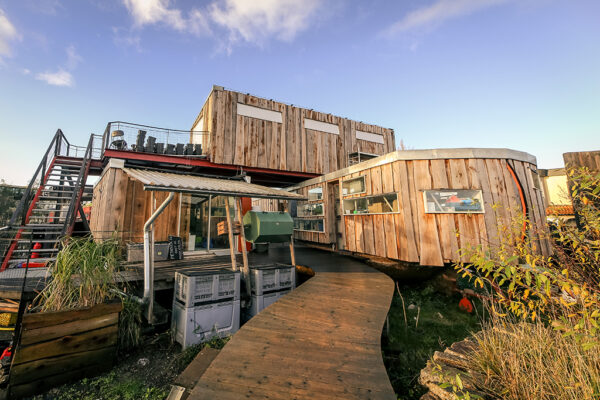 The Crossboat is designed and built by Space&Matter and Woodies At Berlin. Space&Matter is the architectural firm that was one of the initiators of De Ceuvel and is now working on the world-famous project Schoonschip and the urban development plan of Amsterdam-Noord. Woodies At Berlin is an interior design company specialized in converting antique ships into houseboats in their workshop on the NDSM wharf. Almost all the boats of the Ceuvel have been rebuild on their ramps. Woodies is also the initiator and owner of Asile Flottant, the floating hotel of the Ceuvel. The 6 historic ships behind the fence of Asile are redesigned into beautiful floating hotel rooms. http://www.spaceandmatter.nl/ https://www.woodiesatberlin.nl/ https://www.asileflottant.com/ 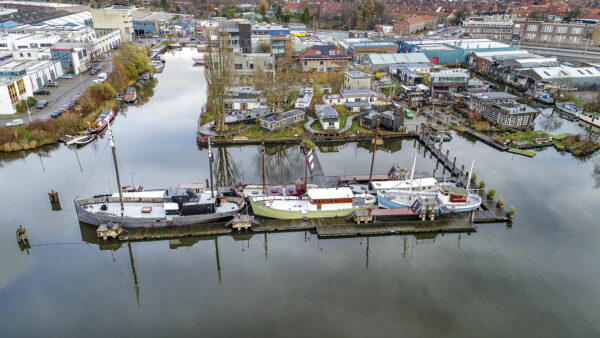 The restaurant is located in the heart of the Ceuvel and is the site’s main attraction. Initially intended as a small canteen, the Café has grown into one of the city’s leading hospitality venues and is known worldwide as an inspiration for sustainable hospitality. The building was built and designed by architect Wouter Valkenier. The company itself is owned by Toon Maassen and Esmee Jiskoot. The Café works closely with the Association and takes charge of a large part of the external communication, the organisation of cultural events, the organisation of guided tours of the Ceuvel, and other public affairs. http://studiovalkenier.nl/ http://www.cafedeceuvel.nl/ 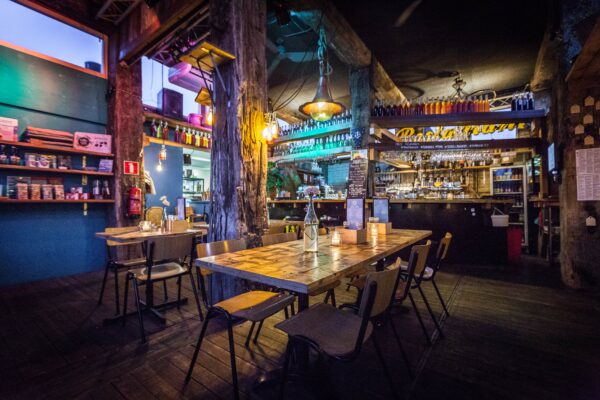 Since its creation, the Ceuvel has been in the care of Marcel van Wees, of Urban Interior Design, whose boat on the square also serves as the community’s workshop. Marcel plans the maintenance work and makes sure that everything continues to work as it should. http://www.weesvormgever.nl

The Purifying Park was designed and conceived by Delva Landschapsarchitecten. The project is now managed by landscape architect Anke Wijnja of Bureau Fonkel and a group of volunteers. https://delva.la/ http://www.bureaufonkel.nl/

De Ceuvel holds a General Members’ Meeting four times a year. Annually, a voluntary board is elected from the members. The board meets approximately once every two weeks for a meeting.

Every year we publish an annual report. Download them in PDF format here: